Headteachers Warn June 1 Return For Schools May Be ‘Impossible’ 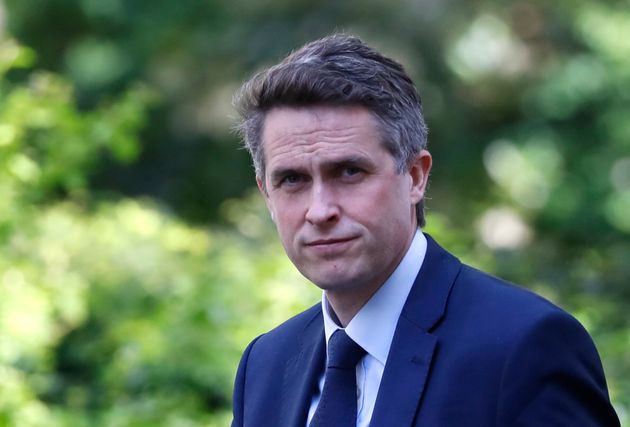 Coronavirus has changed everything. Make sense of it all with the Waugh Zone, our evening politics briefing. Sign up now.

Boris Johnson’s plans for schools in England to return from next month are facing increasing opposition from trade unions after a headteachers’ chief warned it may be “impossible” to get safety protections in place in time.

Paul Whiteman of the National Association of Headteachers (NAHT) revealed he had not been consulted about the June 1 return date and that new guidance suggesting class sizes of 15 pupils would not work for “very many” schools.

His remarks to the Commons education committee on Tuesday came as all unions representing school staff prepared to announce a common position, with the National Education Union (NEU) and Unison warning they may not engage with the government’s plans at all.

Unison’s Jon Richards had already said “we advise members not to engage with planning for a June 1 return” until unions had agreed a position.

Speaking to MPs, Whiteman said that teachers and parents needed reassurance on the scientific advice on child rates of transmission of Covid-19, on protective equipment for staff and on hand sanitiser supplies. He also cautioned against catch-up lessons during the summer break.

Education secretary Gavin Williamson published new guidelines on Monday night for a phased return for pupils, including halving class sizes to 15 children each. All primary pupils should get a month’s lessons before summer, while key years at secondary will get teaching time too.

But the headteachers’ union is warning that the government’s timetable is “wildly optimistic to the point of being irresponsible”.

Whiteman said: “Our members are telling us that their building sizes on average would only accommodate 10 to 12 rather than 15. So straight away we’re getting into some real practical issues.

“Each individual school is very different, and each school is unique in terms of its buildings and how it will work. If social distancing as we understand it now, the two meter rule, is to be applied in schools, there are very many schools that are saying it’s simply impossible to achieve, whether that’s 10, 12, six or eight [pupils per class].”

“Some of the things you think to get into schools to achieve social distancing, such as more sanitary facilities, more toilets and things like that, there’s a huge lead-in time to get those to be delivered beyond the three weeks that we’re looking at for the first years [return]. Social distancing is going to be a massive problem.”

The headteachers’ leader said he had “seen competing science” over how children transmit the virus to adults.

“There isn’t a school leader or teacher that I have spoken to who wants to delay or return to school for any longer than is absolutely necessary,” he said.

Yet while his union was keen on “the art of the possible”, heads would need to understand the level of risk that the government was asking schools to assume, to assess it and then “fully mitigate it”.

Committee chairman Rob Halfon and committee member Jonathan Gullis asked why summer schools, using an ‘army’ of volunteers made up of retired teachers and trainee teachers, could not be used to help those children who have suffered during the lockdown.

Gullis warned that without urgent specialist help for pre-GCSE and pre-A-level students, “we’re going to see a whole generation failed and left behind” . “There is widespread concern about disadvantaged pupils, and that they will fare disproportionately badly for school closure.”

But Whiteman cautioned against the idea of “catch-up” lessons during the summer break for pupils who have fallen behind, suggesting that it was only “superficially attractive”.

“I just think that we’ll have exhausted children and exhausted teachers in schools in the back end of the year, and will lose just as much then as we’ve lost in this period,” he said.

He said that “emotional fatigue” of pupils was a factor, and “readjustment to socialisation would take some time”.

However, the NAHT boss said that he would support the idea for a “catch-up premium” to give extra funding to schools to offer specialist support in coming months.

Earlier, health secretary Matt Hancock told ITV’s This Morning: “We do want to make sure that education is interrupted as little as possible. Also, childcare is much more difficult if you’ve got a five-year-old, six-year-old or a child in pre-school.”

“We think, as long as the rate of new cases keeps coming down, we think it is okay to make this small change in the first place. But we’ll keep a very, very close eye on it.

“The most important message we want to get over to parents is that it is safe for your child at school.”

'Hamilton' The Film Is Dropping This Summer, Just You Wait

You can combine different listing styles.